The "black sheep" son (Scott Speedman) of a wealthy family meets a free-spirited but sheltered woman (Evan Rachel Wood). To convince his family that he's finally straightened out his life, he takes her home for his brother's wedding, where an improbable romance blooms as she impresses everyone with her genuine, simple charms. 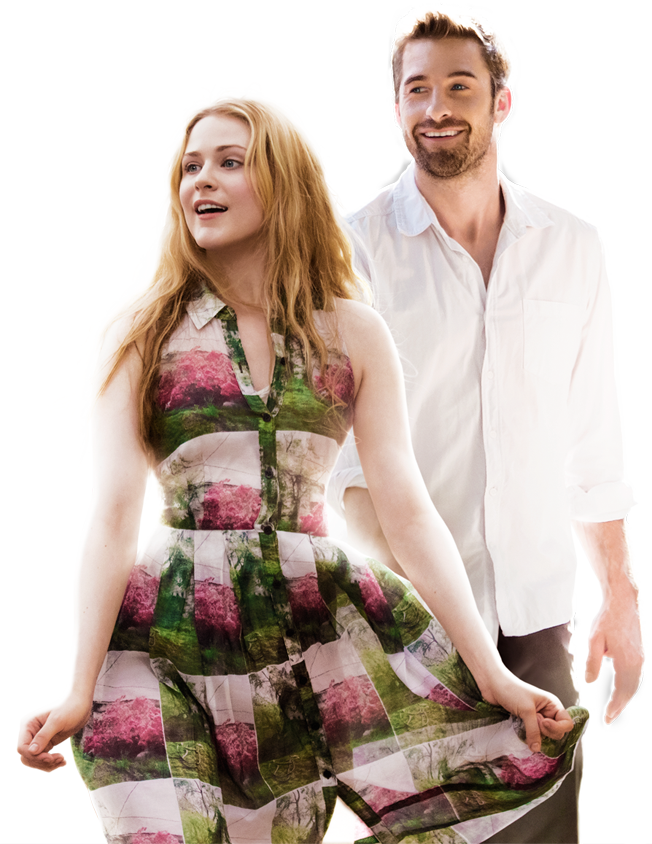 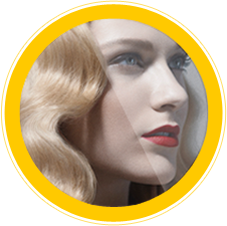 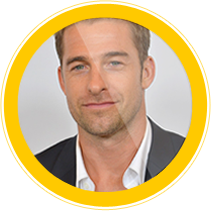 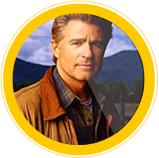 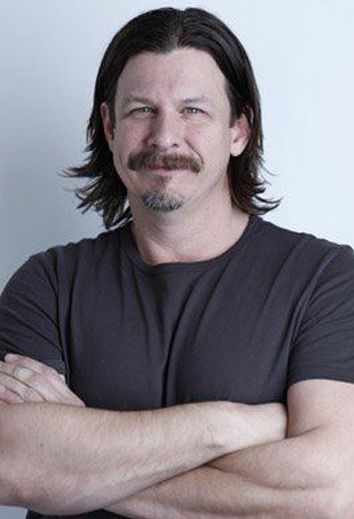 Andrew Fleming directed and co-wrote the film “Hamlet 2” which premiered at the Sundance Film Festival.  Previously, he co-wrote and directed the political comedy “Dick,” a satire about the Nixon Watergate scandal, starring Kirsten Dunst, Michelle Williams and Will Ferrell; and “The Craft,” a supernatural thriller about teens involved in witchcraft, starring Fairuza Balk, Robin Tunney, Neve Campbell and Rachel True.  For the independent feature “Threesome,” which also premiered at Sundance, Fleming served as both director and sole screenwriter. He directed the feature film version of “Nancy Drew” starring Emma Roberts, and before that the comedy “The In-Laws,” teaming Michael Douglas with Albert Brooks.

Fleming studied filmmaking at New York University’s film school, where “P.P.T,” one of his three award-winning student films, earned him a fellowship at Warner Brothers upon graduation. His filmmaking debut, the 1988 psychological thriller “Bad Dreams,” which he co-wrote and directed, teamed him with producer Gale Ann Hurd of “Terminator” fame. His television credits include “Arrested Development” “The Michael J Fox Show” and “Grosse Pointe.” 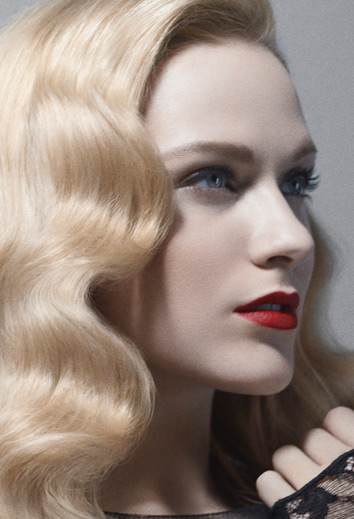 Evan Rachel Wood is one of the most talented young actresses of her time.  She gained critical acclaim, a Golden Globe and Emmy nomination for "Outstanding Supporting Actress in a Miniseries or Movie" for her portrayal of Veda Pierce in the HBO miniseries MILDRED PIERCE.  She also earned acclaim for her powerful performance as Stephanie, Mickey Rourke’s estranged daughter in Darren Aronofsky’s 2008 film, THE WRESTLER.  A working actress since she was five, Wood had her breakout role in 2003 with Catherine Hardwicke’s controversial independent film, THIRTEEN (2003), for which she was nominated for a Golden Globe as Best Actress in a Drama as well as a Best Actress SAG Award.   Born in Raleigh, North Carolina, Wood is the daughter of Sara Lynn Moore, actress, director and acting coach, and Ira David Wood III, an actor, singer, theatre director and playwright.   While growing up, she was active in a regional theatre called Theatre In the Park, directed by her father.  She recently returned to this venue as Juliet, in Romeo and Juliet, directed by her brother Ira David Wood IV. She began her professional career in 1994, acting in TV movies, including “In the Best of Families: Marriage, Pride & Madness,” “Search for Grace,” “A Father for Charlie,” and “Death in Small Doses.”  She also had a recurring role on the series “American Gothic.”

In 1996, Wood moved with her mother to Los Angeles.  After a one season role on the drama “Profiler,” she was cast as a series regular on the award-winning series, “Once and Again,” in which she appeared for four seasons.  Her first major screen role was DIGGING TO CHINA, with Kevin Bacon, followed by PRACTICAL MAGIC, with Sandra Bullock and Nicole Kidman.  In 2002, she made her teenage debut as a leading film actress in LITTLE SECRETS, and played a supporting role in the sci-fi drama, “S1m0ne,” starring Al Pacino.  The following year, in addition to her role in THIRTEEN, Wood played the kidnapped daughter of Cate Blanchett and Tommy Lee Jones in Ron Howard’s MISSING.   Her subsequent films include THE UPSIDE OF ANGER, PRETTY PERSUASION (2005 Sundance Grand Jury Prize winner), DOWN IN THE VALLEY, RUNNING WITH SCISSORS, and KING OF CALIFORNIA.  She displayed her singing talents in 2007 with her role as Lucy in Julie Taymor’s ACROSS THE UNIVERSE, set to the songs of the Beatles. She then voiced the role of an alien in BATTLE FOR TERRA, and starred opposite Uma Thurman in THE LIFE BEFORE HER EYES, before playing Stephanie in THE WRESTLER and Melodie in Woody Allen's WHATEVER WORKS.

In 2010, she was seen in Robert Redford’s, THE CONSPIRATOR in which she starred alongside James McAvoy and Robin Wright.  She also appeared as Queen Sophie-Ann Leclerq in the critically acclaimed HBO show, True Blood. Evan starred in THE IDES OF MARCH directed by and starring George Clooney. The cast also included Ryan Gosling, Marisa Tomei, Paul Giamatti, Philip Seymour Hoffman.  Evan was most recently seen in CHARLIE COUNTRYMAN alongside Shia LaBeouf and Mads Mikeelsen, and in A CASE OF YOU alongside Justin Long.  Next up, Evan will star opposite Scott Speedman in Andrew Fleming’s BAREFOOT. 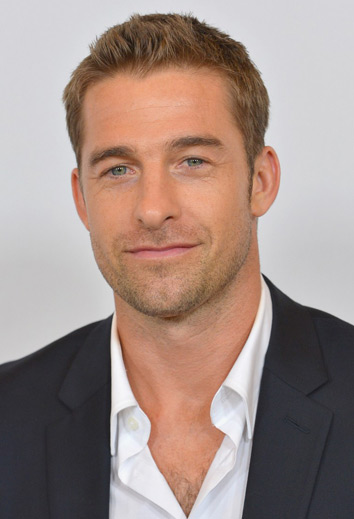 SCOTT SPEEDMAN continues to captivate audiences on both the big and small screen.

Speedman has begun production on Ryan Murphy's new drama OPEN for HBO opposite Michelle Monaghan, Jennifer Jason Leigh and Cheyenne Jackson. The project, which Murphy co-wrote, is a modern, provocative exploration of human sexuality and relationships.

He can next be seen in Lluis Quilez's Out of the Dark alongside Julia Stiles as well as Atom Egoyan's psychological thriller Queen of the Night opposite Ryan Reynolds.  Both films will premiere later this year.

In 2012, he was seen in The Vow starring opposite Rachel McAdams and Channing Tatum for director Michael Sucsy.   He also starred in Nathan Morlando's Citizen Gangster playing the lead role of Canada's most infamous bank robber Edwin Boyd as well as Mary Harron's The Moth Diaries. Both films were released by IFC in April 2012.   Speedman also  recently co-starred starred opposite Andre Braugher in the ABC television series LAST RESORT, directed by Martin Campbell.  Memorable roles include Barney's Version opposite Paul Giamatti and Dustin Hoffman for director Richard Lewis, Good Neighbours opposite Jay Baruchel for director Jacob Tierney and Adoration for director Atom Egoyan.  In 2007, Speedman starred opposite Liv Tyler in Universal/Rogue's box-office smash The Strangers, and IFC Films' Anamorph, starring opposite Willem Dafoe for director Henry Miller.

His first film was the short feature Can I Get a Witness?, directed by Kris Lefcoe. The film was developed at the Canadian Film Centre in Toronto, founded by Norman Jewison, and was screened at the 1996 Toronto International Film Festival. Speedman then began studying at the Neighborhood Playhouse in New York before landing the role of Ben Covington in the popular WB Network drama Felicity, which had a successful four-season run. He made his stage debut during his summer 2000 hiatus from Felicity, performing the lead in the Edward Albee play The Zoo Story at the Equity Theatre in Toronto. 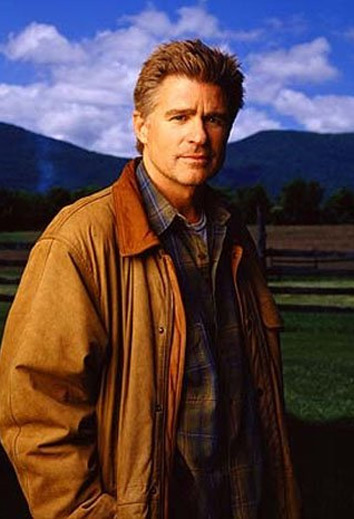 Treat Williams has been nominated for four Golden Globe Awards, an Emmy, and has won two Theatre Guild Awards. He began his career on Broadway as Danny Zuko in Grease, and first won the hearts of film audiences as Berger in the film version of Hair.

He will next be seen in Reaching For The Moon with Miranda Otto. Most recently, he played James Franco's father in the Academy Award-nominated film 127 Hours, and appeared alongside Eric Bana and Sissy Spacek in Deadfall. Other notable film work includes The Ritz, The Eagle Has Landed, Prince of the City, 1941, Smooth Talk (which won first prize at the Sundance Film Festival), Once Upon A Time in America, Woody Allen's Hollywood Ending, Deep Rising, The Outrageous Critical Bill in Things to do in Denver When You're Dead, The Phantom, Deep End of the Ocean, The Devils Own, What Happens In Vegas and Howl.

On television, Treat can currently be seen in a recurring arc on NBC's hit show Chicago Fire. For four seasons he starred as Dr. Andy Brown in the critically acclaimed series Everwood for which he was twice nominated for the Screen Actors Guild Award as Best Actor. Other television credits include A Streetcar Named Desire, Hoover, Dempsey, The Late Shift, Max and Helen, Law & Order: SVU, White Collar, Hawaii 5-0, and The Simpsons, as himself.

Treat has appeared in multiple Broadway productions such as Over Here, Once in a Lifetime, Love Letters, Pirates of Penzance, and Steven Sondheim's Follies (Theatre Guild Award).

Treat has also experienced success as a director, as his short film Texan, by David Mamet, was awarded best film at three film festivals.

A pilot with over ten thousand hours in the cockpit, Mr. Williams has been flying airplanes and helicopters of all shapes and sizes for over 30 years. He currently lives in Vermont with his wife and two children. A pilot with over forty years in the cockpit, he was recently honored as a Living Legend of Aviation, joining Buzz Aldren, Sully Sullenberger, John Travolta, and Harrison Ford as a recipient. 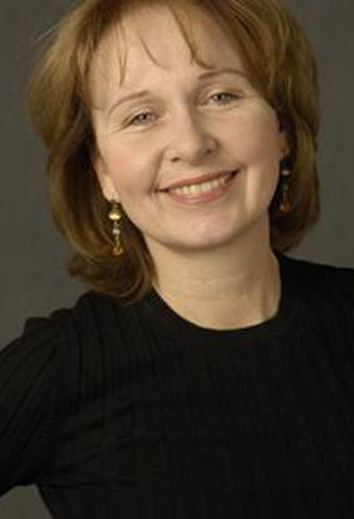 On stage, Kate recently starred in Tom Stoppard's HAPGOOD at the Williamstown Theatre Festival. In addition this year, she featured in a revival of Rodgers and Hammerstein's CAROUSEL with the New York Philharmonic also airing on PBS.  She has also starred in the new A.R. Gurney play The Grand Manner at Lincoln Center Theatre, playing the legendary Katherine Cornell.  Previous theatre credits include the Tony Award winning musical Spring Awakening, the Williamston production of The Corn is Green directed by Nicholas Martin, starring opposite her son, Morgan Ritchie, and the City Center revival of Applause with Christine Ebersole. Kate was Tony nominated as the title character in The Constant Wife for the Roundabout Theatre, directed by Mark Brokaw and starred in The Water's Edge opposite Tony Goldwyn at the Second Stage Theatre.  She appeared as Olga in the critically acclaimed West End production of Three Sisters with Kristen Scott Thomas, directed by Michael Blakemoore. Kate received 2 Tony nominations in 2002 on Broadway for her title role in Hedda Gabler, directed by Nicholas Martin, and for the role of Mrs. Kendall in The Elephant Man, directed by Sean Mathias.  Kate has also starred on Broadway in The Beauty Queen of Leenane (also UK/Ireland tour), An American Daughter, Jake's Women, Wild Honey, Company, Doonesbury, Alice in Wonderland, Some Americans Abroad (Drama Desk nomination) and Present Laughter (Theater World Award).  She has appeared for thirteen seasons at Williamstown Theatre Festival. 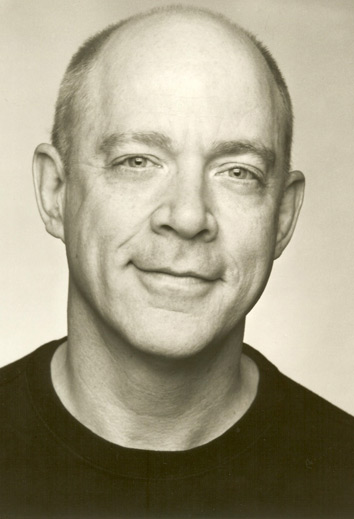 J.K. Simmons has appeared in diverse projects spanning motion pictures, television and the stage on and off Broadway. He is known for playing the character J. Jonah Jameson in Sam Raimi’s “Spider Man” trilogy. Other motion picture credits include “Hidalgo,” “The Ladykillers,” “The Mexican,” “Off the Map,” “For Love of the Game,” “The Gift,” “Thank You for Smoking,” “Rendition,” “Burn After Reading” and, memorably, his portrayal of the off-beat but not deadbeat father, Mac McGuff, in the hit comedy “Juno.”

On the small screen Simmons played LAPD Assistant Chief Will Pope in TNT’s hit series “The Closer.” He also played Vern Schillinger on HBO’s acclaimed drama “Oz,” and had a recurring role as Dr. Emil Skoda on NBC’s “Law & Order.” He has had guest starring roles on NBC’s “Parks and Recreation,” and a recurring role on TBS’ new hit comedy “Men at Work.”

Simmons’ latest films include “The Words,” “The Music Never Stopped,” “Jennifer’s Body,” “Extract,” “The Vicious Kind,” “ I Love You Man,” “Beginner’s Guide to Endings,” “Contraband” and the Academy Award-nominated “Up in the Air.” Last year he was seen in theaters in the Steve Jobs biopic, “Jobs,” and currently can be seen in theaters in Jason Reitman’s film, “Labor Day.”  Last year, JK wrapped shooting “The Reluctant Professor” opposite Hugh Grant and Marisa Tomei, Gillian Raimi’s feature “Murder of a Cat,” and Jeremy Sisto’s indie “Breakpoint.” JK starred in Blumhouse Productions feature “Whiplash” opposite Miles Teller,” which premiered at this year’s Sundance, and won the Dramatic Audience Award and Grand Jury Prize for best film.

Simmons has appeared on the Broadway stage in performances of “Guys and Dolls,” “Laughter on the 23rd Floor,” “A Change in the Heir,” “Peter Pan” and “A Few Good Men.” 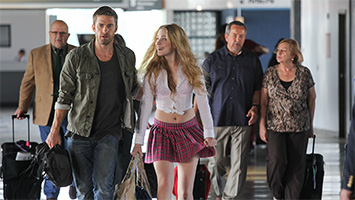 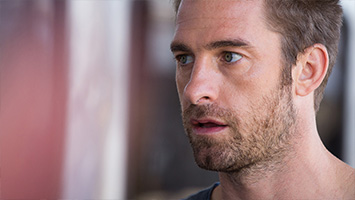 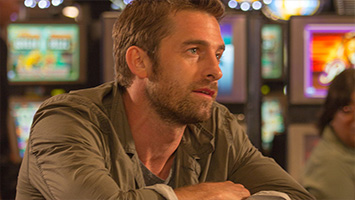 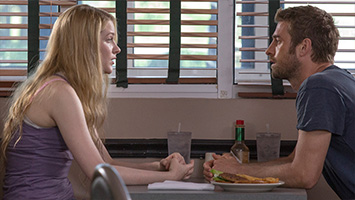 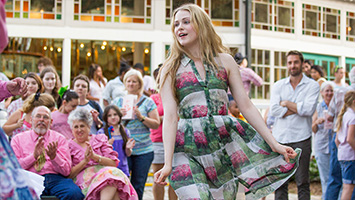 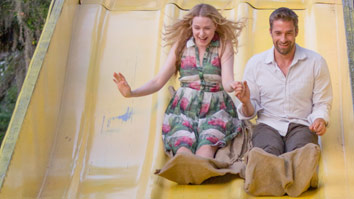